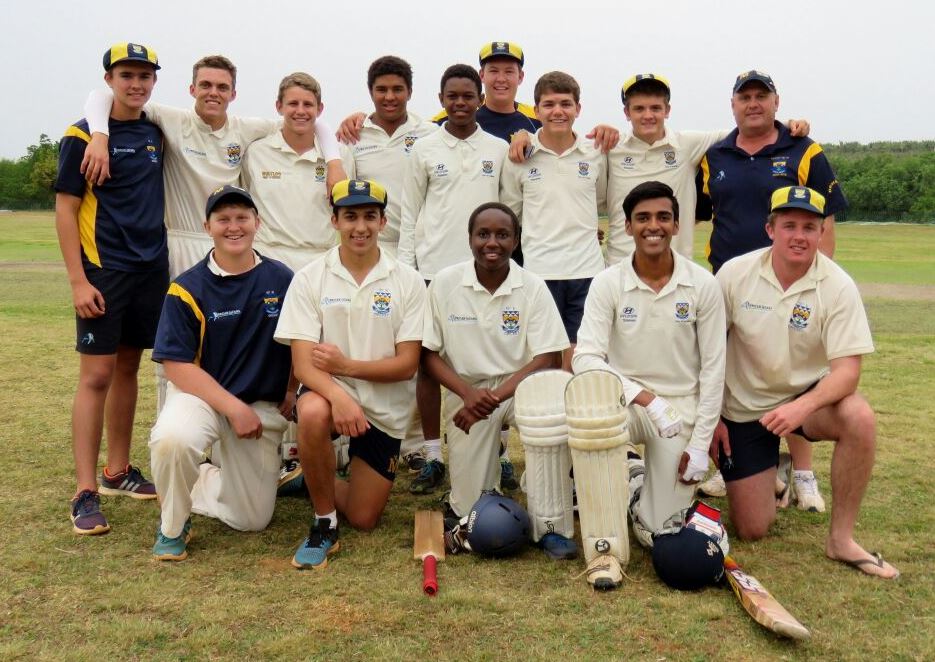 Plasie cricket ruled the day on 17 September when Merensky’s 1st and u.15 boys teams took to field against Ben Vorster Hoërskool in the schools league.

After losing the toss on the Merensky oval, the 1st team was asked to field first. Ben Vorster made 156 runs in the 50 allowed overs. In a nailbiting finish, the Plasie boys gave their all, and closed their innings with a 160 runs, thus winning the game with 4 wickets in hand.

Salman Ishani was named as top batsman with his score of 45 runs. Nyiko Shikwmbana and Timothy Elphinstone contributed with their 34 runs each.  Bowlers of the day was shared between Blake Linder and Ruurd Jacobs, who took two wickets each.

All eyes will be on the 1st team when they meet Pietersburg Hoërskool on 24 September in the Limpopo finals.

The promising u.15 team met their opponents on the “red” field.  They won the toss, and sent Ben Vorster in to bat.  With Plasie skill, the red team was bowled all out for only 62 runs on the scoreboard. Muhammad Patel (Bala), Ruan van der Schyff and Rinus Jacobs proved that they can hold their own with two wickets each for only 5, 9 and 10 runs.

When it was the Plasies’ turn to bat, the goal was easily reached with the loss of only two wickets, thus claiming victory with 8 wickets.  Gideon Engelbrecht and Husen Dagra each contributed 15 runs to the final score.