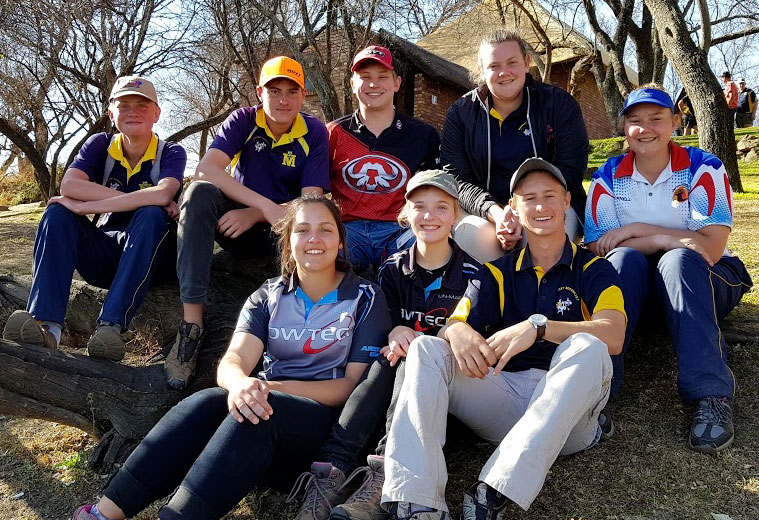 Six of Merensky High School’s well-known Archery Club members braced the cold in Potchefstroom on 19-20 August. They competed in the North West Provincial Field Archery Championships in preparation for the World Field Championships to be held in South Africa in 2018.

In spite of windy conditions, the Plasie archers spent seven hours per day in the veld, aiming four arrows at 28 targets each over an average distance of 80 yards.

With this achievement Lin-Mari obtained her provincial colours in the Field discipline. In order to receive colours, an archer has to achieve three qualifying scores in one season.

Canell contributed to the success of the day by shooting a national qualifier.